Dental amalgam fillings can compromise the appearance of your smile, create cracks or fractures in your teeth, and release a known neurotoxin whenever you chew or brush. Our office practices safe mercury amalgam removal techniques for those wanting their silver fillings removed with additional exposure precautions.

Why Choose to Remove My Mercury Amalgam Fillings?

Dental Amalgams have demonstrated great effectiveness as a restorative material in terms of durability, but it also contains 50% mercury by weight.

When the time comes to replace your amalgam fillings, a potentially hazardous situation can occur. Mercury from within amalgam filling is continually emitted at low levels as a vapor and chronically accumulates in the individual’s brain, kidneys, and other organs. However, the vapor created during the removal of the filling(s) can easily exceed the EPA’s mercury exposure maximum doses. We recognize the danger posed by mercury and implement a protocol to protect you and our team from mercury released into the air during removal

There is a well-documented relationship between mercury exposure and neurological, endocrine, and renal adverse health effects. An extensive number of research studies have looked at the human health risks associated with the use of mercury in association with Alzheimer’s disease, autism spectrum disorders, and renal disease. Government authorities and manufacturers have also issued warnings about mercury amalgam’s use in children and pregnant women.

What can I expect at my amalgam removal appointment?

At a consultation, we explain what you can expect during the amalgam removal process.

The tops of teeth inside someone's mouth

The removal technique involves equipment which keeps both you and our team safe.

Our dental rooms are equipped with high speed air filtration systems that evacuate mercury vapor. Patients receive an absorbent to coat the mouth prior to the procedure.

Our dental office is equipped to collect and dispose of mercury waste produced during the procedure. We determine options for the teeth after the amalgam is removed. 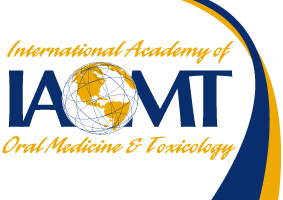 We look forward to seeing you in our Dakota Dental clinic. To request an appointment, fill out the form below or give us a call at 952.431.5774.